“We need to fix Africa” – Comedian, Michael Blackson laments about the situation in Africa

Comedian, Michael Blackson took to Instagram to lament about the state of Africa, particularly the cost of living.

The American actor, who is originally from Ghana, said that too many things are wrong in Africa and we all need to come together to fix it.

He said the average income in Ghana is so low, yet houses in Ghana cost more than houses in Atlanta.

He added that there are no middle class in Africa, only the rich and poor.

He also complained about how African leaders go into leadership positions and become rich. He said the richest people in Africa are those in government but this isn’t the case in America.

He went on to say that something needs to be done about Africa to make life better for the average man.

Read his tweets below from the bottom to the top. 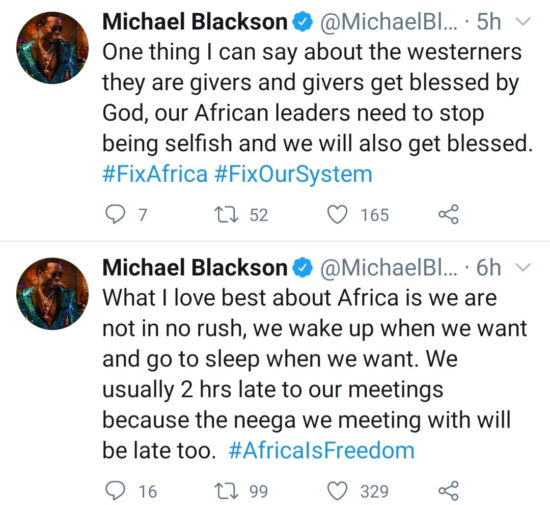 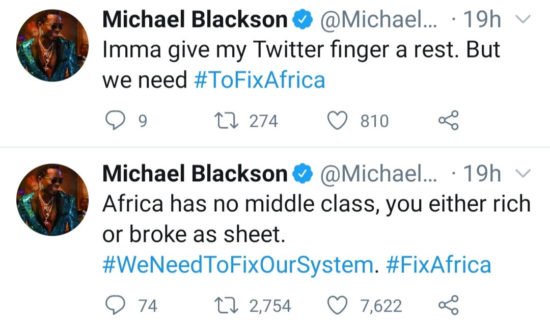 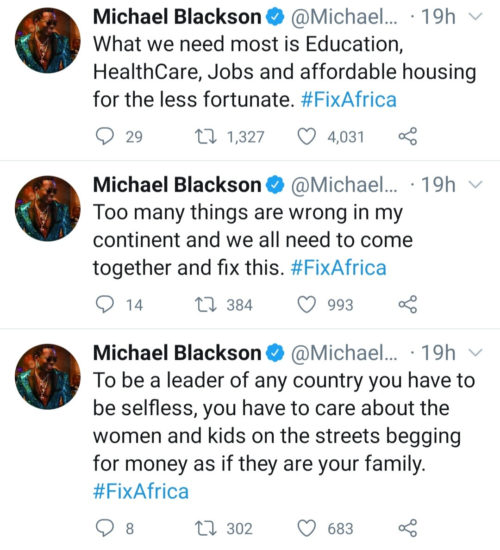 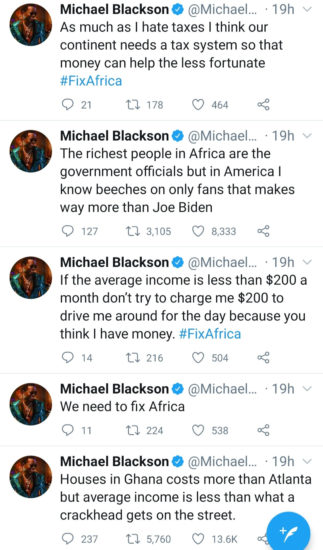 Morocco ‘to bid’ as Guinea is stripped of right to host

Sarkodie, Pure Akan, other creatives back Ayat in copyright case against govt