It is as complicated as the headline indicates. So, Venita allegedly helped her cousin Neo into Big brother Naija season 5 house and he came out and began dating housemate Vee. Ventia has always shown that she doesn’t like Vee, apparently because of how Vee was in the house. Venita has always shown that dislike on social media by passing negative comments about Vee. 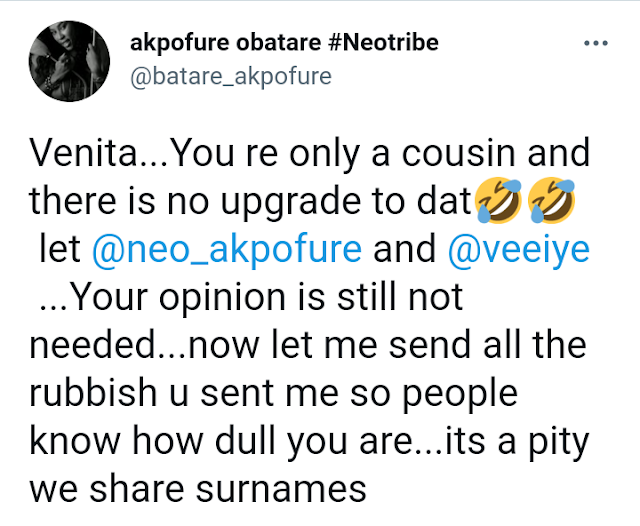 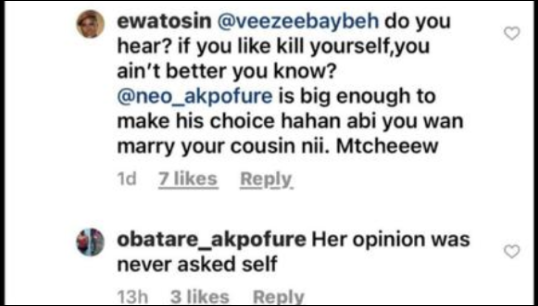 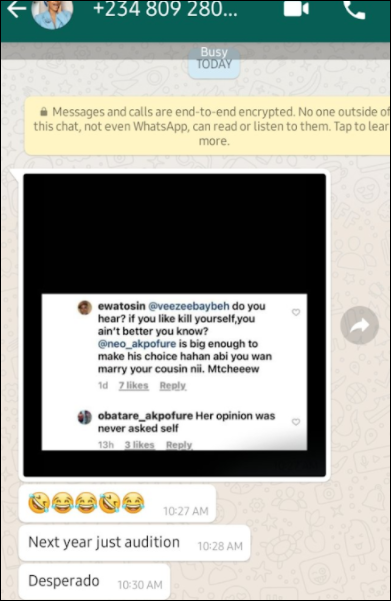 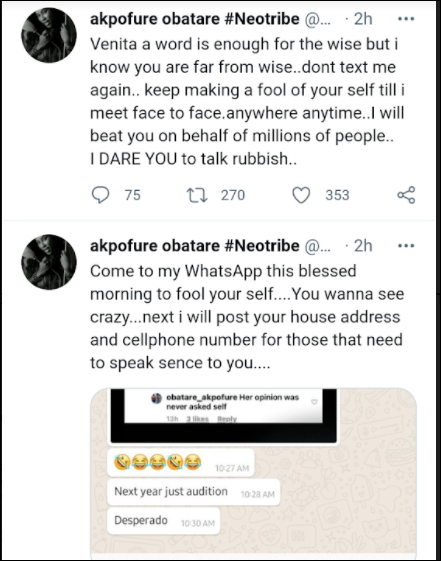 ‘Afia Schwarzenegger’s Sons Are Not Brilliant As Their Mother Claim, They Cheat In Exams’

‘Impossible’ For Barca To Play Without Messi, Claims Koeman

Ghanaian Actor ‘Van Vicker’ Shows Off His Gorgeous Daughter As He Celebrates Her On Her...